Leg 41 - From Viterbo to Vetralla

Leg 41 - From Viterbo to Vetralla

Starting from Piazza del Sacrario, the pilgrim crosses Piazza del Plebiscito until he exits from the medieval walls of Viterbo through Porta Romana; passing under Porta San Biele and then Via della Grotticella before climbing up Strada Roncone. From here, a path begins through chestnut and oak woods until it reaches the village of San Martino al Cimino. Enterong San Martino al Cimino through the North Gate, passing the famous 13th-century Cistercian Abbey; after crossing the entire village, going through the South Gate. After a few kilometres on easy paths on nearby roads with panoramic views north towards Montefiascone, the pilgrim enters the woods of Monte Fogliano along shady paths that descend towards the village of Tre Croci, very near to Vetralla. From Tre Croci, a short stretch of road meets Foro Cassio in Vetralla. 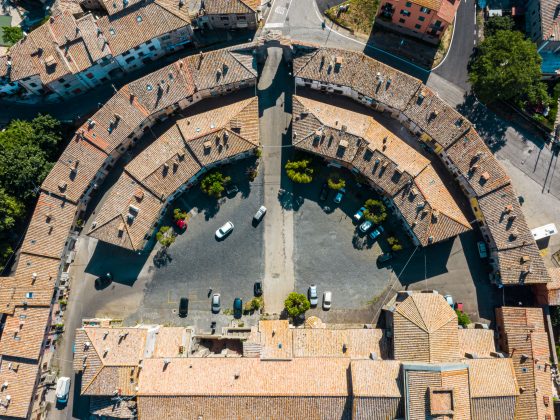